There are several haunted cities throughout the world. Typically, when we think of ghost towns, we think of old, deserted buildings and dusty roads. I am going to write about three cities I have visited that do not have anything to do with that.
Wernigeröde
Wernigerode is a medieval town in the district of Harz, Saxony-Anhalt, Germany.
Town Hall 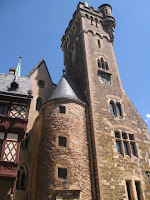 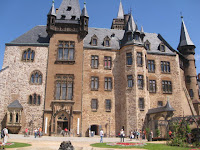 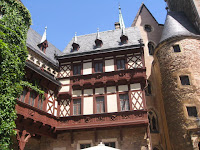 Up to 1945 this Wernigerode Castle was the residential palace of the Earls of Stolberg, who took the name "von Stolberg-Wernigerode" from their principality, the earldom of Wernigerode.

The grand turreted stone and half-timber castle with magnificent views over the medieval town of Wernigerode today ranks as a major example of the North German "Historismus" building style. 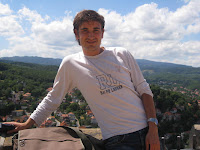 The Brocken is the tallest peak in the Harz Mountains, and the highest point in Northern or Eastern Germany. With an elevation of 1142 meters, the Brocken's summit offers spectacular views on clear days. 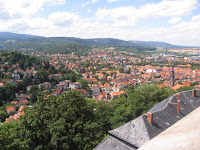 But there is one important reason to visit the Brocken: The mountain has long been the focus of myths and legends, from Goethe's Faust to traditional stories about witches and devils. Even today, witches are part of the local folklore, and on the night of April 30, thousands of local residents put on costumes, ride trains to the summit of the Brocken, and celebrate latter-day witches' revels.
The TV antenna on the summit is a reminder that the first Olympics television coverage was broadcast from the Brocken in 1936. 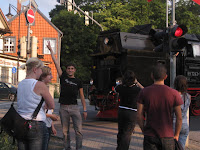 The HSB (Harzer Schmalspurbahnen), is the largest narrow-gauge railway network in Germany, with 140.4 km of meter-gauge track serving an estimated 1.1 million passengers each year.
The HSB is a working railroad that carries shoppers, commuters, and schoolchildren, not just tourists on excursions. Its trains run 365 days a year. 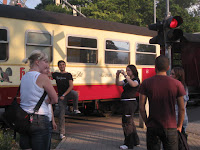 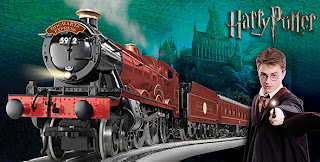 The HSB also links up with the Deutsche Bahn (Germany's national railway) making it possible to reach the Brocken and villages in the region by train from Berlin, Leipzig, and other major cities throughout Germany.

Bruges: Venice of the north

Bruges (Brugge in Dutch), the capital and largest city of the province of West Flanders in Belgium, is located in the northwest corner of Belgium. Bruges is a mere 44km from Ghent to the southeast and 145 from Brussels.

The medieval center of Bruges is remarkably well preserved, and is a UNESCO world heritage site. Bruges had it's golden age around 1300, when it became one of the most prosperous cities of Europe. Around 1500, the Zwin channel, which provided Bruges with its access to the sea, started silting up, and Bruges began losing its economic strength to Antwerp. People began to abandon the center, which helped to preserve its medieval features.

Today Bruges is once again a thriving community with a population of 120,000 people, and the medieval center is one of the most beautiful in Europe.

One of the most popular attractions in this medieval city is a canal trip. Boats depart from the Georges Stael landing stage at Katelijnestraat 4 every 30 minutes. 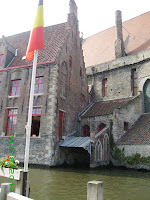 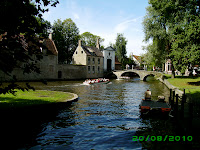 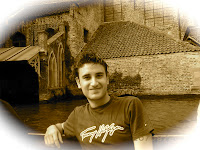 Bruges is known for chocolate, lace, and to a lesser extent diamonds. Chocolate shops are everywhere. 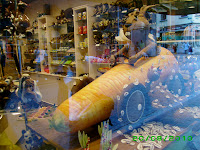 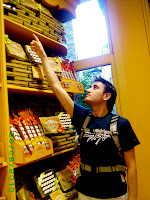 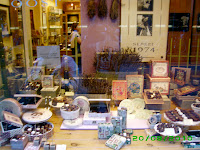 The Belfort en Hallen (belltower of the market) is a symbol of Bruges and the tallest belfry in Belgium. Climb the 366 steps to top for a panoramic view of Bruges; on a clear day you'll see all the way out to the sea. 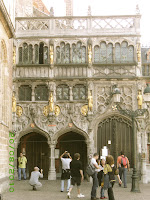 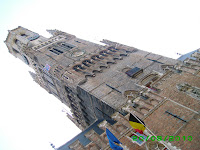 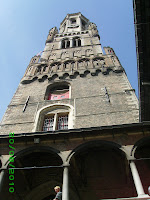 The 12th century basilica Heilig-Bloedbasiliek, or chapel of the Holy Blood (top image on the right), on Burg square contains a rock-crystal vial containing a fragment of cloth stained with what is said to be the coagulated blood of Christ. They bring it out on Fridays for veneration, but if that's not your thing the basilica is still worth a visit.
Bruges is a great walking town (or you can rent bicycles and go around like natives or a stagecoach like tourits). The cuisine is top notch (although a tad expensive), and the beer is some of the best in the world. 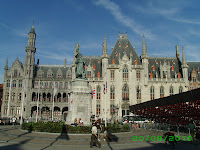 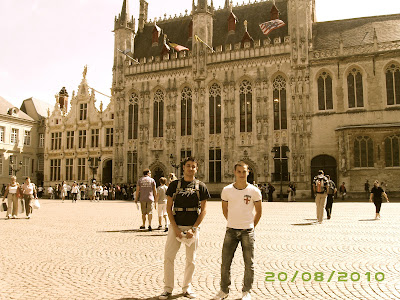 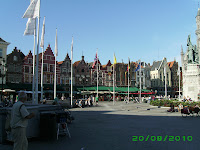